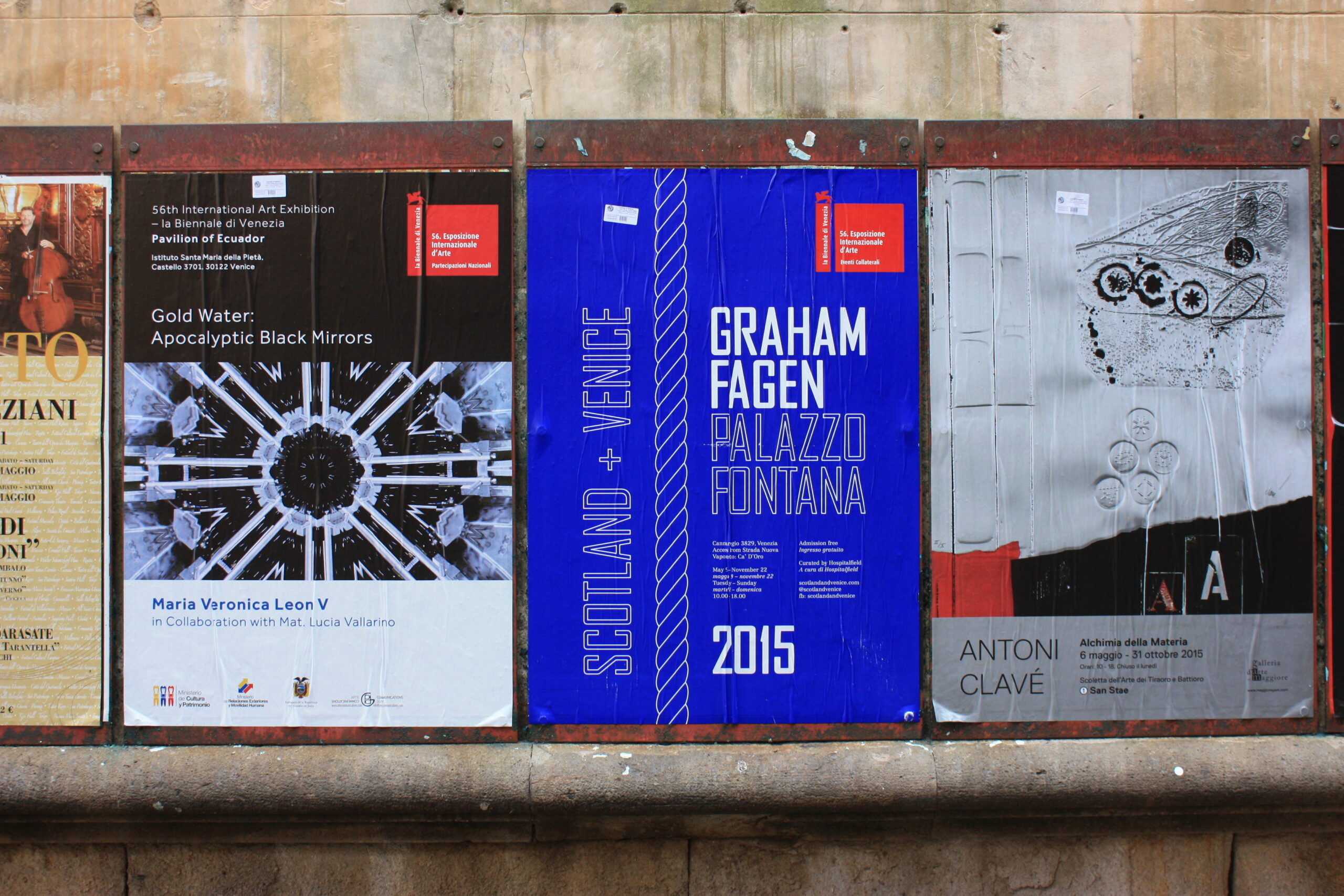 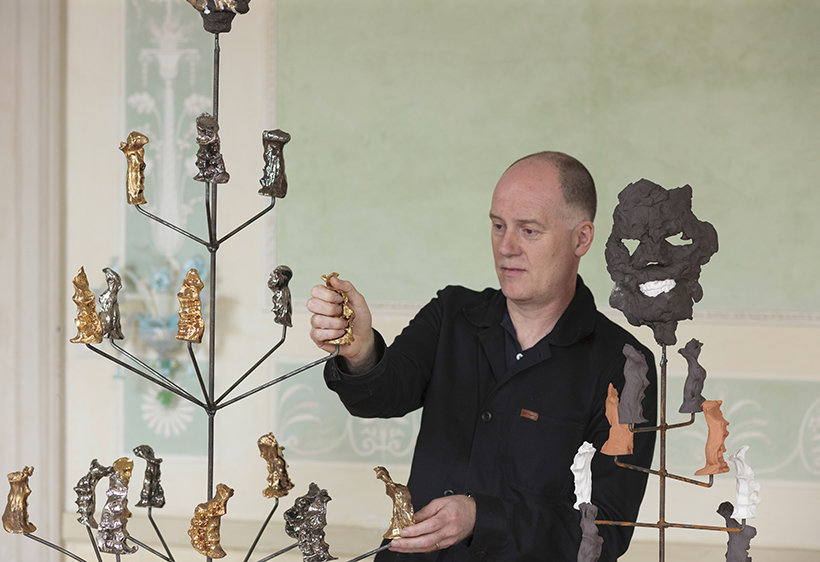 Scottish artist Graham Fagen exhibits a new body of work, including sculptures, drawings and a five channel audio-visual installation, for Scotland + Venice 2015 as a Collateral Event of the 56th International Art Exhibition – La Biennale di Venezia. The exhibition is commissioned by Hospitalfield in Arbroath, Scotland and is held at Palazzo Fontana, a Venetian palace located on the Grand Canal in the Cannaregio district of Venice. This is the first time the venue has been used for an exhibition of visual art and is a new location within the city for Scotland + Venice.

Graham Fagen is one of the most influential artists working in Scotland today. His work mixes media and crosses continents; combining video, performance, photography and sculpture with text, live music and plants. Fagen’s recurring artistic themes, which include flowers, journeys and popular song, are used as attempts to understand the powerful forces that shape our lives. Throughout his career as an artist, Fagen has regularly incorporated elements of his own national, cultural and social identity within his work.  Often using the artifice of theatre for the development of a narrative, Fagen will use the 16th century Venetian palace as an historic
backdrop for his presentation, choreographing an entirely new body of work across four rooms of the palazzo to create a path through which visitors can effectively become performers within the piece.

Continuing Fagen’s interest in the natural environment, a neon text entitled ‘Entra nel Giardino, e Dimentica la Guerra’ (Come into the Garden, and forget about the War) marks the threshold of Palazzo Fontana, inviting visitors into a curated ‘garden’ of new work. ‘Rope Tree’, a monumental bronze sculpture cast from lengths of rope, is installed in the first room of the palazzo. Rooted by its sheer size, the work is weighted by historic and cultural associations of rope and references the architectural reliefs often found in merchant cities such as Venice.

‘Scheme for Lament’, a series of highly intricate Indian ink drawings intuitively and repetitively made by tracing the interior and exterior of the artist’s own teeth as felt by his tongue, fill the second room; while ‘Scheme for our Nature’, sculptures of gold, silver, clay and metal, balance ceramic objects cast from faces, mouths and hands to create a field of metal frames and branches in the third room.

Drawing on his long-term commitment to collaboration across multiple art forms and disciplines, Fagen brings together internationally renowned composer Sally Beamish, the musicians of Scottish Ensemble, reggae singer and musician Ghetto Priest and music producer Adrian Sherwood to realise an ambitious five channel audio-visual installation displayed across a ‘quartet’ of TV monitors in the final room of the palazzo. Inspired by the work of Scottish poet Robert Burns, the installation features a classical re-interpretation of the poet’s haunting elegy, ‘The Slave’s Lament’, the only work by Burns that emphasises and references the hurt of the displaced and enslaved. Sound combining different musical traditions – Scottish folk song, classical music and reggae – pervades the rooms of Palazzo Fontana, creating a melancholic and ambiguous body of work within the surroundings of one of the world’s most prestigious visual art exhibitions.

An illustrated publication which documents the breadth of Fagen’s career, including his presentation for Scotland + Venice 2015, will be published by Hospitalfield to coincide with the opening of the exhibition in Venice. The catalogue includes contributions from Penelope Curtis, Director of Tate Britain, and Katrina Brown, Director of The Common Guild, alongside an interview between Scottish novelist Louise Welsh and Graham Fagen, with an introduction from Lucy Byatt, Director of Hospitalfield.