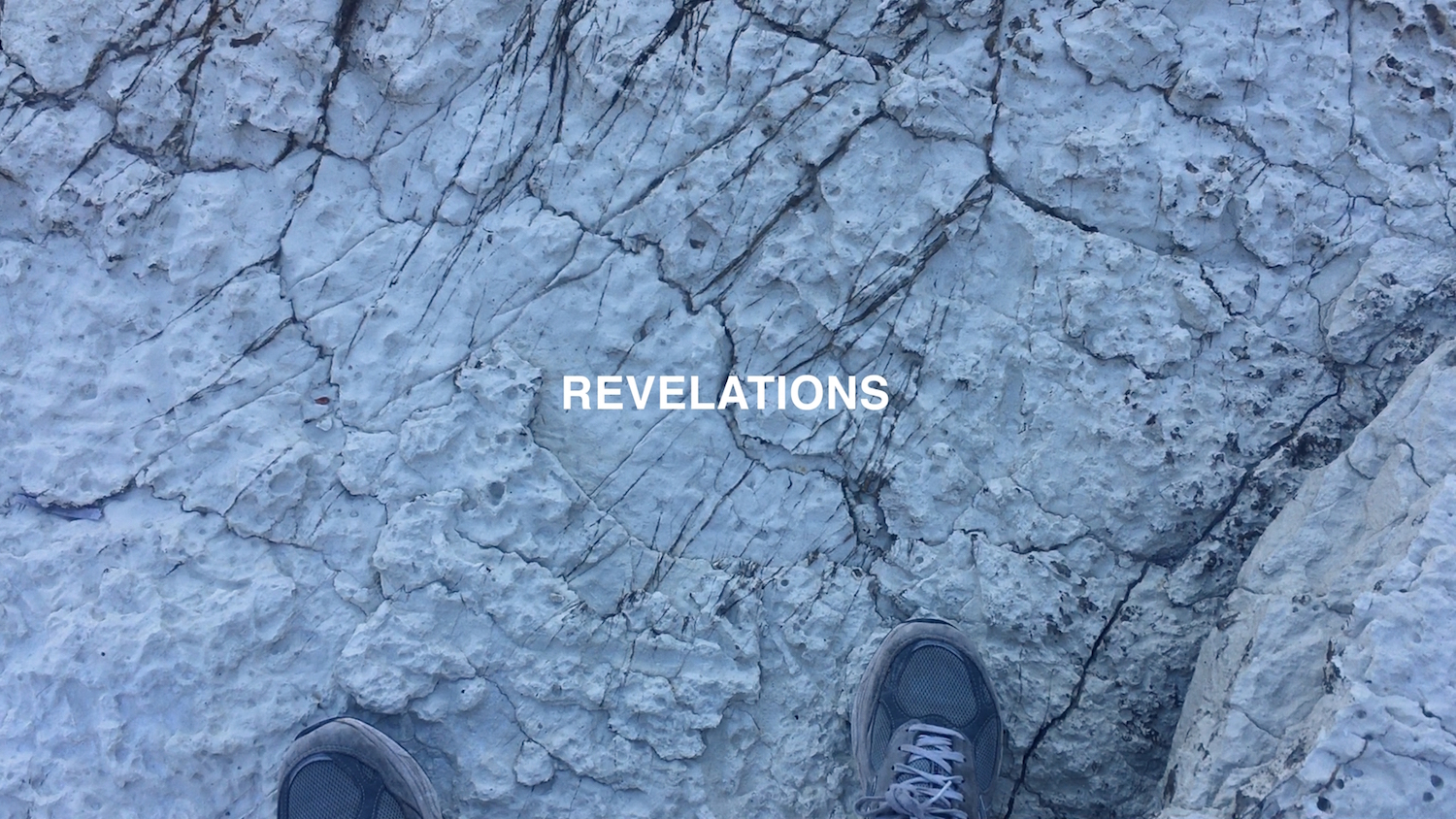 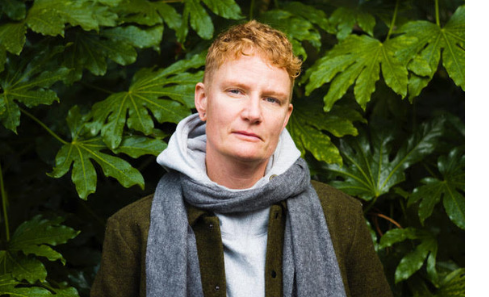 To coincide with today’s announcement, the Scotland + Venice partners are delighted to extend an open invite to Charlotte Prodger’s preview event which will take place at the exhibition venue Arsenale Docks (S. Pietro di Castello, 40, 30122) on Thursday, 9 May, from 14:00–17:30.

The accreditation for pre-opening of the 58th International Art Exhibition – La Biennale di Venezia closes on 27 April 2019. For more information about how to apply, visit: https://www.labiennale.org/en/art/2019/accreditation. The pre-opening will take place on May 8th, 9th and 10th 2019, prior to the public opening on Saturday 11 May.

The new single-channel video installation by Charlotte Prodger for La Biennale di Venezia is curated by Linsey Young with Cove Park, an international artists residency centre based in Scotland, and commissioned by Scotland + Venice, a partnership between Creative Scotland, British Council Scotland and the National Galleries of Scotland.

Charlotte Prodger works with moving image, sculpture, writing and performance. The commission for Scotland + Venice will provide her with the opportunity to produce a new single channel video work that will build on her sustained exploration of “queer wilderness”. Last year, she was awarded the Turner Prize for her solo exhibition Bridgit / Stoneymollan Trail at the Bergen Kunsthall in Norway.

Alex Farquharson, Director, Tate Britain, said the jury felt BRIDGIT was “incredibly impressive in the way that it dealt with lived experience, the formation of a sense of self through disparate references”. He said the work evoked traditions in landscape art and had psychological weight. “It ends up being so unexpectedly expansive. This is not what we expect from video clips shot on iPhones.”

Prodger’s new major commission will build upon her sustained exploration of subjectivity, self-determination, and queerness.

The artist comments: “Growing up in the rural, agricultural environment of Aberdeenshire as a young person, I understand landscape and queerness as inherently linked. And, as someone who identifies as queer, I’m excited by the fluid borders of identity – especially the perceived edges of gender and geography. The productive crux of this new work is precisely where all these things come into contact with one another.”

The Scotland + Venice exhibition will take place at Arsenale Docks, a 1930s ex-industrial space that forms part of the historic and recently restored Cucchini Shipyard in Castello, overlooking the Canal di Sant’Anna. It is conveniently located at the top of Via Garibaldi, between both the Arsenale and Giardini Biennale locations.

Visitors to the exhibition will be welcomed by a team of staff trained through the Scotland + Venice Professional Development Programme. The programme offers 17 early career artists and curators from across Scotland a unique and valuable opportunity to stay in Venice, learn new skills, develop international networks and gain professional experience while supporting Prodger’s presentation at the 58th International Art Exhibition – La Biennale di Venezia.

Cove Park is spearheading the 2019 Programme that, in addition to partnering with six Scottish Art Schools and Colleges across Scotland, will benefit from new collaborations with the Scottish Contemporary Art Network (SCAN) and Templar Arts and Leisure Centre (talc), in Argyll and Bute.  The aim is to open up this opportunity beyond those currently in further or higher education to help address the significant barriers that people can face in pursuing or progressing a professional career in the visual arts.

From 27 June 2019, Prodger’s new work will tour cinemas across Scotland’s west coast, highlands and islands. The Dutch arts organisation, If I Can’t Dance, I Don’t Want To Be Part of Your Revolution, who are supporting the production of Prodger’s video work, will lead on a subsequent international tour.

On being selected for Scotland + Venice 2019, Prodger continued: “I feel honoured to have this opportunity and it means a great deal to me to represent Scotland in Venice. The public funding I received through six years of free higher education – and subsequently in the form of artist bursaries to develop work across several years – has been absolutely crucial in enabling me to realise and sustain a practice. In addition to this, the generosity of friendships and local dialogues within Glasgow’s art, music and queer community continue to be fundamental in the development of my work.”

Linsey Young, Curator for Scotland + Venice 2019, commented: “It is a privilege to have the opportunity to work with Charlotte Prodger for the third time and particularly on this her most significant International project to date. Charlotte develops her work with a network of friends and it is a great pleasure and hugely enriching to work in this collaborative way.  For Scotland + Venice 2019 Prodger will present a major new single channel work, which is her most ambitious to date in terms of scale and complexity. The work will be presented within a highly considered screening environment that will include both the internal and external spaces of our venue Arsenale Docks.”

Alexia Holt, Associate Director of Cove Park, commented: “Cove Park is thrilled to have this opportunity to work with Charlotte Prodger, Linsey Young and the Scotland + Venice partnership. Charlotte first came to Cove Park in 2010, taking part in a residency programme designed to support early career visual artists, and she returned again in the summer of 2018 to develop her first ideas for this major commission. It is wonderful to have this connection with Charlotte at such an important time in her career, and to be working with her on an international platform as Cove Park prepares to celebrate its 20th anniversary next year.”

Amanda Catto, Chair of the Scotland + Venice partnership, and Head of Visual Arts at Creative Scotland commented: “Charlotte Prodger makes work that is totally compelling, and we are proud and excited to be presenting this important, new commission at La Biennale di Venezia – one of the most influential platforms in the world for contemporary art”.

“Curated by Linsey Young with Cove Park this ambitious exhibition will raise the profile of Scotland as a vibrant, generous and open environment for the production, promotion and presentation of contemporary art.  It is a significant opportunity for us to reach and to build UK and international audiences for Charlotte’s work and as we welcome visitors to our new venue in Arsenale Docks from May to November 2019.”

Charlotte Prodger’s exhibition at the 58th International Art Exhibition – La Biennale di Venezia is commissioned by Scotland + Venice, curated by Linsey Young with Cove Park, and supported by the artist’s production consultant, Mason Leaver-Yap, and Dutch arts organisation, If I Can’t Dance, I Don’t Want to Be Part of Your Revolution (IICD). Scotland + Venice commissions ambitious new work to be staged within the highly visible context of the Biennale in order to profile Scotland as an international centre of excellence for the visual arts.  Formed in 2003 as a partnership between Creative Scotland, British Council Scotland and the National Galleries of Scotland the project is funded by the National Lottery through Creative Scotland.  Scotland + Venice works in partnership with British Council and Arts Council of Wales to present the very best artistic and curatorial practice from the UK at La Biennale di Venezia.  Through the work we present we seek to broaden international reach, strengthen professional networks, champion diversity and promote best practice in terms of accessibility and inclusion.  For further information and to sign up for updates, please visit: www.scotlandandvenice.com/ @scotlandvenice/ #scotlandvenice / www.facebook.com/scotlandandvenice

Linsey Young is a curator based in London and Glasgow. Having previously held curatorial positions at Inverleith House, Edinburgh, and The Scottish National Gallery of Modern Art, Edinburgh, Young is currently Curator Contemporary British Art at Tate, where she is lead curator of the Turner Prize, responsible for overseeing the project each time it is held in London. In addition, while at Tate she has co-curated Rachel Whiteread’s mid-career retrospective and curated Pablo Bronstein and Anthea Hamilton’s Duveen commissions. In 2013, Young founded the independent, not-for-profit project YOUNG TEAM through which she has curated exhibitions and developed publications with artists such as: Sue Tompkins, Neal Jones, Jonathan Meese and Steven Campbell. Working with the artist Charlotte Prodger, Young is Commissioner and Curator of Scotland + Venice 2019

Located on the west coast of Scotland in Argyll and Bute, Cove Park runs an annual programme of creative development residencies for national and international artists, working in all art forms and at all stages in their careers.  Cove Park’s Visual Arts programme offers both residencies and commissions, produced and curated by Alexia Holt, enabling artists to develop new work in the context of an outstanding 50-acre rural site overlooking Loch Long.  The organisation’s award-winning Artists Centre, a purpose-built space for artists and visitors, opened in 2016 and made possible the development of Cove Park’s innovative creative learning programme led by current and former residents.  Cove Park was founded in 1999 by Eileen and Peter Jacobs and will celebrate 20 years of its residency programme in 2020. For further information please visit: http://covepark.org, and follow @CovePark and www.facebook.com/Cove-Park